Ok — so as most who read this blog with regularity know that I am generally a card carrying member of the BLUEGRASS POLICE. As such I have the right to preform citizens arrests for such offenses as: Playing Songs in the wrong Key, mis-use of a banjo, calling things bluegrass that clearly aren’t, and bluegrass style cover tunes that are just plain wrong-ditty.

As a member of the Bluegrass Police it has been my duty to call out anyone, who in conversation, calls the band Mumford and Sons Bluegrass. I have fulfilled my duty in this charge numerous times since this band came into the spotlight with banjos in tow. That doesn’t mean I don’t like them or their music. In fact I like their music and the band a great deal and think they have pushed the boundaries of traditional acoustic music in ways that are un-imaginable. They have had such a huge influence and have put the banjo and acoustic instruments on stages and in front of audiences that have largely ignored them for years, and for that fact alone, the Bluegrass world owes them an eternal debt of gratitude.

So with that in mind, I must say that I am totally fucking stoked that Mumford and Sons chose my sleepy little hamlet of Troy, Ohio to host a Gentlemen of the Road Stopover. FULL STOP. This is HUGE for Troy and hopefully will shake the town out of it’s stodgy ways for good! Let’s get some cool stuff going for little old troy again.

Here is a video primer on what to expect from the stop over. I can’t wait.

I just heard that another set of tickets are set to be released to the otherwise sold-out show this friday.

The only thing I’m bummed about is that they haven’t called me to sit in with them — yet. My agent is working on that though… 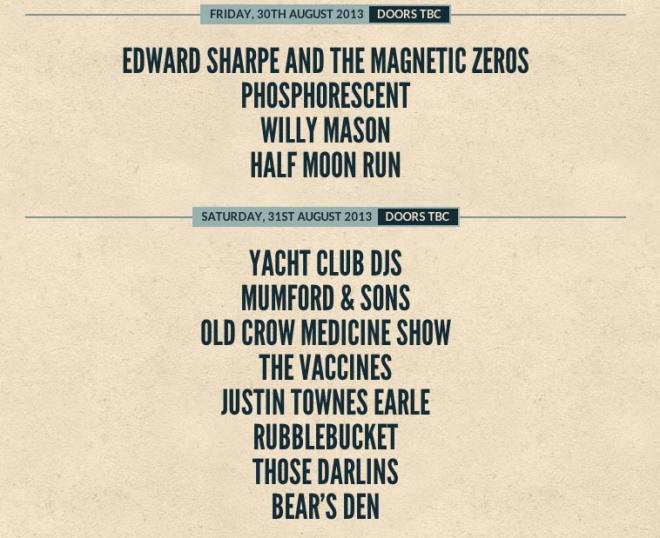